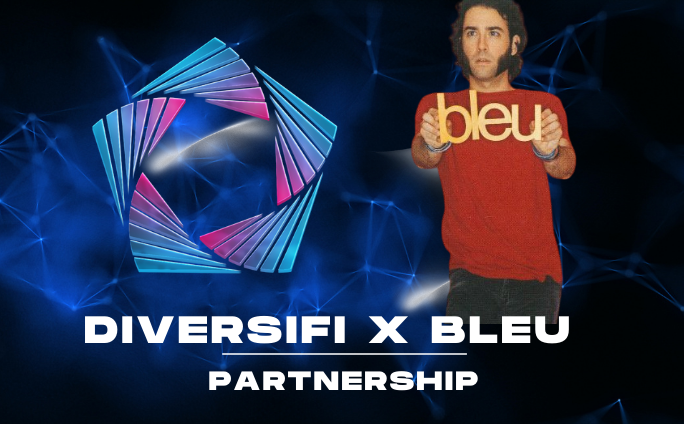 DiversiFi is proud to announce our partnership with award-winning musician & producer, BLEU. Our partnership will include the creation and deployment of an NFT collection with artwork designed by BLEU himself. NFTs will be created to include real-life utilities as well as being a collectible for his fans. This partnership will culminate with a One-Night Only performance by BLEU and his band at The Sinclair in Boston, MA in celebration of the 20th Anniversary of the release of his album REDHEAD.

DiversiFi is committed to bridging the gap between IRL and URL and this partnership is just the beginning of that mission. Stay tuned for more updates and full announcement of our partnership.

About Bleu:
Bleu is an award winning songwriter, producer, composer, and recording artist. He has had songs released with Gold and Platinum selling acts such as Demi Lovato, Big Freedia, Jonas Brothers, Selena Gomez, and K-Pop idols, amongst many other celebrated artists. Once signed to Columbia Records, Bleu has released 6 studio albums, various cult side projects, and now often works directly with some of the biggest labels, film/TV studios, and show runners in the industry. His music has been featured by networks and brands all over the world including eBay, Swarovski, Bose, and hit shows like Shameless, The Good Place, and Insecure. Bleu wrote and/or produced all the songs for Disney’s Legend Of The Neverbeast film including a duet with Grammy nominated KT Tunstall, and he recently scored his first HBO docu-series The Murders At Starved Rock. Bleu’s latest solo release SiX TAPE is out nOw, and this year you can find him in his studio in Santa Monica, CA, as well as online teaching his newly minted Masters course for Berklee College of Music “Songwriting Sync Success.”

DiversiFi Blue is just the first token of a planned ecosystem of DiversiFi tokens. Early holders will have exclusive access to airdrops and/or whitelists for subsequent releases of DiversiFi — tokens that will work symbiotically with each other and collaboratively with others — to passively increase crypto portfolio diversification and token accumulation over time.